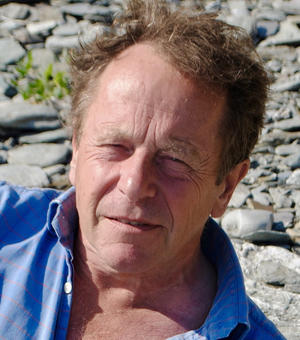 Tutor in Economic and Social History

Dr Harold Carter is a part-time Oxford University historian, Chairman of the Wakeham Trust (which supports small-scale community action projects), and a farmer. He is a Fellow of the Royal Society for Arts and Commerce, and a Gonville Fellow of Gonville and Caius College Cambridge. He lives in Dorset and in Oxford.

In 2000 (aged 48) he moved back to Oxford, gaining an MPhil (Distinction) in Economic and Social History in 2002, and completing his DPhil in 2005. From 2005 to 2009 he was a Junior Research Fellow at St John’s College, Oxford. In 2005-6 he was simultaneously a Visiting Lecturer in History at the University of Bristol.  Since 2007 he has run an Oxford ESH Advanced Paper, Death of a Dream: social democracy and the political economy of the English working class, as well as undertaking his own research around that topic. From 2014-5 to 2017-18 (jointly with Prof. Kevin O’Rourke), he first designed and then delivered a new, case-study based version of the Oxford ESH MSc/MPhil ‘core course’.  Between 1988 and 1995 he was (part time) Consulting Lecturer in Corporate Strategy for the Open University’s MBA programme, and as part of the central academic team wrote much of its teaching material; he also served as Director of many of its summer schools. From 1975 to 1977 he was a student at Nuffield College Oxford, working as a consultant on the major SSRC/DHSS research programme into ‘transmitted deprivation’; he dropped out of that D.Phil to become a banker.

For most of his career, he was a strategy consultant, while keeping a toe-hold in academic life. He worked for the pH Group in Paris from 1996 to 1999 (principally for large clients, including the French Government), and was a professeur associé at CERAM (a French Grande École).  From 1987 to 1995 he worked as part of a team of freelance consultants (mostly alumni of McKinsey and BCG) advising leading UK and international companies. From 1983 to 1987 he ran a think-tank for Dr David Owen MP, Leader of the Social Democratic Party, in his office in the House of Commons. In 1983 and 1987 he was a Parliamentary Candidate for the SDP.  Prior to that he was a consultant with the Boston Consulting Group, and a banker working for Chase Manhattan in London and Paris.  He gained an MBA (Distinction) at INSEAD in 1982. At Cambridge he got a First in History, and was President of the Cambridge Union. Before Cambridge, he worked as a full-time volunteer - in Yorkshire, setting up a community action programme; and in Teesside, setting up its first adventure playground.  In the distant past he was national Vice-Chairman of Community Service Volunteers and of the Young Fabian Group.  He and his wife have 4 sons and 3 grandchildren, who take up much of their time!