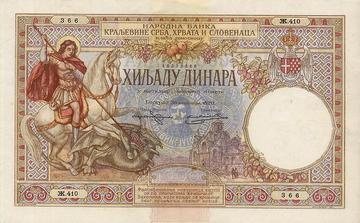 Three alumni of the Economic and Social History graduate programs have recently published research on a variety of topics related to social science history.

Ben Szreter (MSc, 2016) has built upon his Feinstein Prize-winning thesis at Oxford, investigating the integation of people of color in Victorian Britain with historical census records as well as qualitative material. Immigration to Britain from outside Europe before the First World War has been neglected, and Szreter sheds light on this topic using immigrant diaries and linking their authors to digitized census records. He shows that immigrants to England during this period were more diverse than previously appreciated and that they were able to integrate into English communities.

Anselm Küsters (MPhil, 2019) uses a structural topic modeling analysis of more than 2400 articles from the German newspaper Die Zeit during 1946–2009 to analyze the construction of ideas about Southern European countries, specifically Portugal, Italy, Greece, and Spain (the PIGS). The PIGS became a commonly-used acronym during the Eurocrisis, but Küsters and his co-author Elisa Garrido show that Northern European views of their southern neighbors as socio-culturally distinct, and specifically characterized by economic problems, since at least the mid-20th century. German media also discussed these countries together, associating the PIGS with each other and linking all four countries first to tourism and then accusations of economic mismanagement and spendthrift policies.

Aleksandar Jevtic (MPhil, 2020) analyzes the adoption of the gold standard by the Kingdom of Yugoslavia in June 1931. Unusually, Yugoslavia joined the gold standard during the Great Depression and shortly before the United Kingdom's exit in September 1931. The UK's departure quickly led Yugoslavia to impose to capital controls, effectively abandoning the gold standard by October. Using archival materials from the Yugoslav government, central bank, the Bank of England, and the Bank for International Settlements, Jevtic explores the beliefs of the elite Yugoslav policymakers who carried out this surprising policy and rapid volte-face.